We commemorate in this year 2014 the “bimillennium” of the death of Emperor Augustus, who gives his name to the same month on he is died. His long life, almost 76 years, 41 of them as emperor of Rome, is full of general interesting facts and full of curious anecdotes. I have referred to a number of them and to his presence in Hispania in several times in this blog

It always intrigued historians how a young boy, just 19, named his heir by Julius Caesar, was able to  succeed in a violent and effervescent Rome by the struggles of parties and citizens of enormous power, on which republican institutions were going to give way to personal and authoritarian regime. The analysis, reasons, explanations are as many as historians have dealt with it.

We can summarize them in a few. First the obvious intelligence, skill, personality and charm of Augustus himself, educated in the tradition of the great Roman families. Secondly he  belongs  to a large family, in which women have a very important role. Then the ability to maintain a semblance of more democratic republican institutions as part of a really absolute rule. Also the network of loyal customers that he has woven throughout the empire (their trips, such as those on the Hispania were used to it). Finally the huge fortune that he had accumulated and used for political purposes.

Of course these are not sufficient reasons; demerits of the adversaries helped decisively to the success of Augustus. And even perhaps the "fortune",   as the historian Tacitus states, contrasting his good fortune in public life with with the least successful in family life.

Though the Divine Augustus in his public life enjoyed unshaken prosperity, he was unfortunate at home from the profligacy of his daughter and granddaughter, both of whom he banished from Rome, and punished their paramours with death or exile. (Tacitus, Annales III, 24. Translated by Alfred John Church. William Jackson Brodribb, Sara Bryant)

Well, to understand better the emperor who consolidated authoritarian regime to rule the Imperium Romanum and laid the foundation of a long peace (evidently at a very expensive price for the vanquished),I will reproduce the physical picture of Augustus that Suetonius  left to us. It is ultimately the physical portrait of a mortal man whom the Romans considered divine, "divus Augustus."

I enclose some images, a young idealized Augustus, student in Apolonia of Greek culture,  another sculpture as  "imperator" or  army commander known as Augustus of Prima Porta, numerous copies of that  were distributed throughout the empire, another Augustus with  “capite velato” of Museum of Merida and anothers ..

In person he was handsome and graceful through every period of his life. But he was negligent in his dress; and so careless about dressing his hair, that he usually had it done in great haste, by several barbers at a time. His beard he sometimes clipped, and sometimes shaved; and either read or wrote during the operation. His countenance, either when discoursing or silent, was so calm and serene, that a Gaul of the first rank declared amongst his friends, that he was so softened by it, as to be restrained from throwing him down a precipice, in his passage over the Alps, when he had been admitted to approach him, under pretence of conferring with him.

His eyes were bright and piercing; and he was willing it should be thought that there was something of a divine vigour in them. He was likewise not a little pleased to see people, upon his looking stedfastly at them, lower their countenances, as if the sun shone in their eyes. But in his old age, he saw very imperfectly with his left eye. His teeth were thin set, small and scaly, his hair a little curled, and inclining to a yellow colour. His eye-brows met; his ears were small, and he had an aquiline nose. His complexion was betwixt brown and fair; his stature but low; though Julius Marathus, his freedman, says he was five feet and nine inches in height. This, however, was so much concealed by the just proportion of his limbs, that it was only perceivable upon comparison with some taller person standing by him.

He is said to have been born with many spots upon his breast and belly, answering to the figure, order, and number of the stars in the constellation of the Bear. He had besides several callosities resembling scars, occasioned by an itching in his body, and the constant and violent use of the strigil1 in being rubbed. He had a weakness in his left hip, thigh, and leg, insomuch that he often halted on that side; but he received much benefit from the use of sand and reeds. He likewise sometimes found the fore-finger of his right hand so weak, that when it was benumbed and contracted with cold, to use it in writing, he was obliged to have recourse to a circular piece of horn. He had occasionally a complaint in the bladder; but upon voiding some stones in his urine, he was relieved from that pain.

During the whole course of his life, he suffered, at times, dangerous fits of sickness, especially after the conquest of Cantabria; when his liver being injured by a defluxion upon it, he was reduced to such a condition, that he was obliged to undergo a desperate and doubtful method of cure: for warm applications having no effect, Antonius Musa1 directed the use of those which were cold. He was likewise subject to fits of sickness at stated times every year; for about his birth-day2 he was commonly a little indisposed. In the beginning of spring, he was attacked with an inflation of the midriff; and when the wind was southerly, with a cold in his head. By all these complaints, his constitution was so shattered, that he could not easily bear either heat or cold.

In the winter, he was protected against the inclemency of the weather by a thick toga, four tunics, a shirt, a flannel stomacher, and swathings upon his legs and thighs. 1 In summer, he lay with the doors of his bedchamber open, and frequently in a piazza, refreshed by a bubbling fountain, and a person standing by to fan him. He could not bear even the winter's sun; and at home, never walked in the open air without a broad-brimmed hat on his head. He usually travelled in a litter, and by night; and so slow, that he was two days in going to Praeneste or Tibur. And if he could go to any place by sea, he preferred that mode of travelling.

He carefully nourished his health against his many infirmities, avoiding chiefly the free use of the bath; but he was often rubbed with oil, and sweated in a stove; after which he was washed with tepid water, warmed either by a fire, or by being exposed to the heat of the sun. When, upon account of his nerves, he was obliged to have recourse to sea-water, or the waters of Albula,2 he was contented with sitting over a wooden tub, which he called by a Spanish name Dureta, and plunging his hands and feet in the water by turns. 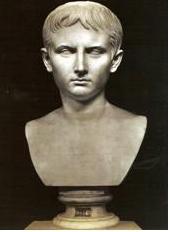 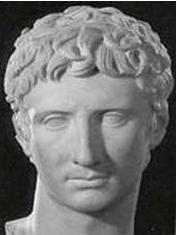 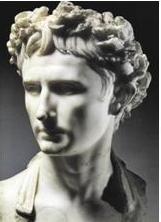 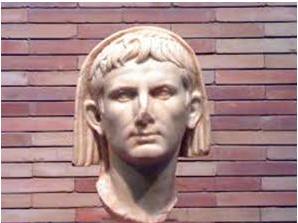 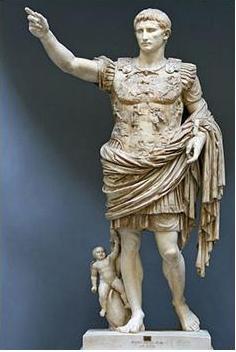